Tonight is the lighting of the first Hanukkah candle. Of all the Jewish holidays, Hanukkah is probably my favorite. And that is not only because of its trappings – all the light, and the candles, and the sufganiyot and the levivot (I so love levivot) – but also because of its message.

Naturally, I am not speaking of the 7-day-oil message. That is something anyone, from wee children to their proud grandmothers and grandfathers know too well. So well, in fact, that it causes the skeptical adults to voice their disbelief and growing distrust of this holiday, as they say that is impossible and they do not believe in miracles…

I mean the message our children are seldom taught.

However, before I elaborate, here is the holiday blessing card I made especially for you. Click the picture to enlarge. 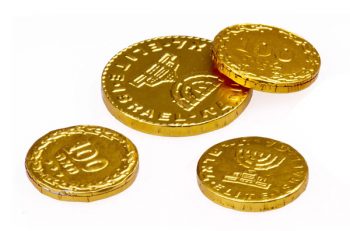 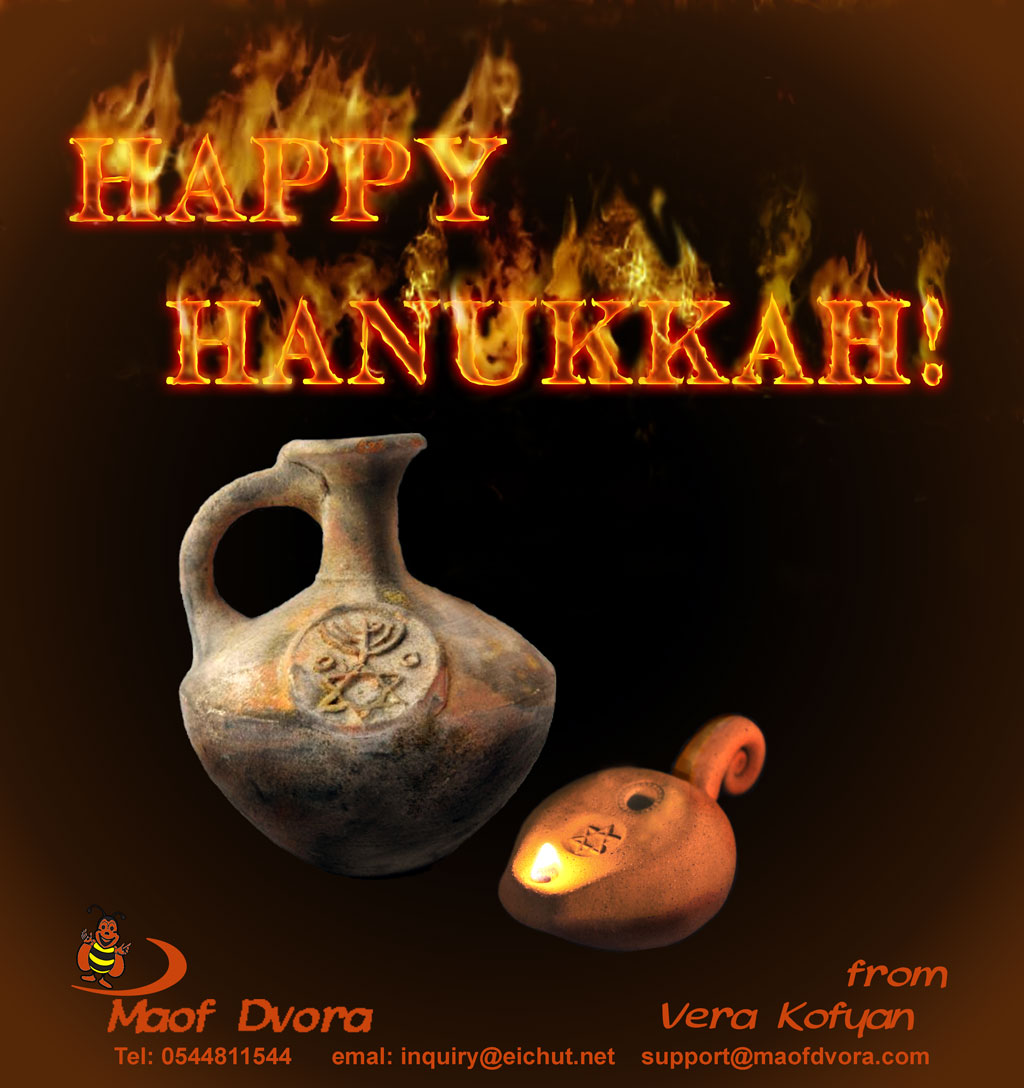 As Einstein once said:

“Logic will get you from A to B. Imagination will take you everywhere”.

Faith enables us to imagine anything is possible. Only if we allow this is our hearts (not our minds, though, logic rules there) can we believe. Without imagination, there cannot be faith. And the rules of imagination work in exactly the opposite manner to the rules upon which logic works (any type of scientific logic). This isn’t to say logic and science don’t have their respected place in life – just that faith is no less important.

This is why I love this holiday above others, see the miracles often happening in exactly this way, on Hanukkah, and this year is especially exciting, and the message comes through, current and relevant. 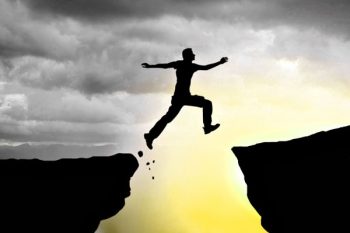 Today, right now, we are experiencing again the message of the power of faith in the possibility that our small nation, our tiny people, may overcome the colossal tyrant.

The Arab/Muslim world is enormous, almost a quarter of the world’s population.  It is mighty. Both because it controls essential resources and its wealth buys the slave-like fidelity and courtship of many. And because it threatens all who would not get in line, all who would refuse to pay for its gifts. It forms an army of those ready to do its bidding, and army rising against the Western world and especially against Israel.

The state of Israel was formed in 1948, 70 years ago. With the  US encouragement and support. In 1990, the Congress has unanimously adopted Senate Concurrent Resolution 106. It declares that the Congress ‘‘strongly believes that Jerusalem must remain an undivided city in which the rights of every ethnic and religious group are protected”. Moreover, in 1995, the Jerusalem Embassy Act has passed. It recognizes that the city of Jerusalem has been the capital of the State of Israel. It also states that the embassy should be moved there from Tel Aviv, where it was situated until now.

All the former American Presidents refrained from acting upon their own laws out of fear it may “hurt the peace process with the Arabs”. They have openly supported the lies spread by the Arabs and the new “history” they have invented for themselves. Some of them have openly supported the constant endless bashing of Israel at the UN. Thus, they have supported terror, which the West today almost regards as legitimate. They thought they were exempt from it precisely for their almost full support for the Arab/Muslim world.

And now, this year, less than a week ago, 28 years after the last of the above resolutions, a President of the United States of America has finally decided to put an end to the Arab/Muslim tyrant’s rule over the West And especially over us, over Israel. The current President of the USA, Donald Trump, has taken the courageous decision to no longer fear. To openly acknowledge and support the truth and the reality of 70 years, and to keep his campaign promise.

Our enemies were shocked and decided to react with violence and riots all over the world. As sad as it may be, there really was nothing else to expect. This is what they do best, it’s the tactics they use for years. They were taught to do so by those who allowed them to get whatever they want for every lie they came up with. By the cowards, the slaves, the faint of heart.

At his meeting with President Macron in France, Benjamin Netanyahu has stated the one and only ultimate truth: “Peace requires is to be built on the foundation of truth, on the facts of the past and on the present”. The Arabs will just have to get used to reality, which hasn’t changed at all. Jerusalem has been the capital of the people of Israel for 3000 years. It has been the capital of the state of Israel for 70 years – and so it shall remain.

And no, not only Israel benefits from this decision. It is a step which may bring the freedom of the whole Western world from the tyrant’s yoke. If they but follow Trump, acknowledge the truth out loud, support the truth and condemn the lie. This is a hope for the whole civilized world.

This is the Hanukkah miracle of 2017.

Happy Hanukkah everyone, full of faith that despite how very illogical things may seem, they may still happen. Our history is chock-full of such miracles. We must only find again the faith some of us lost…

May the light from the fire of faith push the darkness back to its resting place, which is not here.

What man is he

I find this song is suitable here. Below I have bring you Chava Alberstein singing it so beautifully.

“What man is he
that desireth life,
and loveth many days,
that he may see good?

Keep thy tongue from evil,
and thy lips from speaking guile.
Depart from evil, and do good;
seek peace, and pursue it.”