This past year has been so overwhelming for me with respect to all types of work that I do. I hadn’t the time to write a single article. But it has gone, I have freed a bit of time, finished the upgrade of the website. And I would now like to renew my writing of content, to continue bringing you value. It won’t be weekly, as it was in the beginning, but I shall set a goal for myself to write a full article for you on a monthly basis. Then we’ll see how it goes. A million ideas have accumulated, which I would like to share with you. But I must choose one subject. Well, I shall focus on the first stage of problem-solving methodology: Problem Definition.

I shall open with a little amusing story we used to tell as a joke, when I was a teenager. Most of you are, probably, familiar with it. You may wonder what a “childish joke” may be doing in a QA article. A little patience, it will soon become apparent. 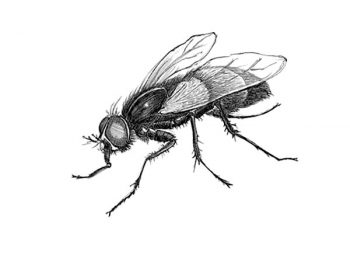 A tale of a fly researcher

A research scientist is conducting an experiment on flies. He takes a fly and examines it from all directions: its back and its stomach, its head and its eyes. He carefully records in detail everything he has observed in his experiment journal, makes a drawing of the fly and then removes its wings.

He shouts at the fly: “Jump, fly!”, and claps his hands over it.

The wingless thing cannot fly away, but it jumps in terror.

The scientist records in his journal: “A fly with no wings jumps in fear”. He then removes the fly’s middle pair of legs, claps his hands over it again and shouts: “Jump, fly!”  And, again, the fly jumps.

The scientist records in his journal: “A fly with no wings and 4 legs jumps in fear”. He removes another pair of legs, claps his hands and shouts: “Jump, fly!”

The fly gives a sideways start with his last remaining pair of legs.

The scientist records the observation in his journal, removes the last pair of the fly’s legs, claps his hands and shouts: “Jump, fly!”

The scientist meticulously records in his journal: “A fly without wings and legs cannot hear”. 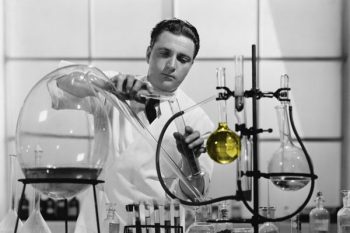 I can reasonably predict that the results of this experiment will be repeated again and again with 100% certainty. But what has made the story so funny for kids? The very obvious fact there was no correlation between the research subject, the experiment, the observations and the conclusion.

Let’s leave the first two for another time, and focus today on the correlation between the experiment and the conclusion. For it is clear that the reason the fly wouldn’t jump is not because it cannot hear. It is not because it isn’t terrified. Rather it is due to lack of implements allowing jumping – legs.

But is this funny story, this joke, really a just a joke? Do we not perform the same mistakes in our daily life? At work? At home?

The ability to make a right conclusion based on observation or information is an essential life skill. It is a basic working tool for the Quality Assurance person. Without it we can improve nothing in either industry or other fields (various services, military etc). We can derive no significant practical conclusion from any experiment we conduct, even with thousands of repetitions. We can never understand the processes, operating in any organization. We shall be working, as people say here, “on full gas in neutral”.

Our professional tools and methods

One of our main jobs is to bring improvement, or solve process problems. This means we must routinely analyze “problems” (in the sense of tasks). To be professionally effective, we must acquire the skills required for analysis and solution of problems, in other words – problem-solving methodology. Or, simply speaking, solving problems using an orderly method.

The very first stage of the methodical solving of problems is Defining the Problem.

And no, this does not mean stating what it is that bothers us. What bothers us is but the symptom of the problem. Just like, in healthcare, when we turn to the doctor with a headache, we expect him to solve the problem. A truly good doctor knows that the headache is not the problem. It is only a symptom announcing a problem. There are multiple health conditions, in which one of the symptoms is a headache. A truly good doctor would like to understand which condition is present. To which problem is the headache symptom alerting us in this case.

A doctor who is not aware of this, will just prescribe an Advil. Most people would take the Advil and go home without the headache. But has the doctor solved the problem? Has he treated the problem – or the symptom? 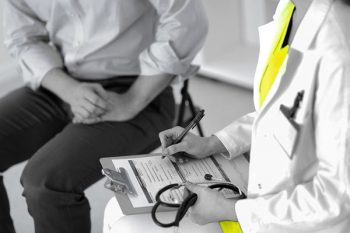 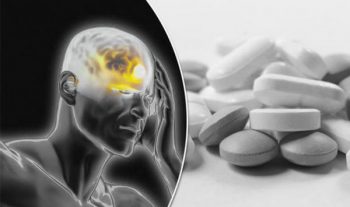 What difference does it make? the headache's gone, no?

Well, that may appear so. But… what about tomorrow? When the Advil’s influence, allowing you  to not feel the pain, ends? What about the problem, of which the headache was the heralding symptom?

First, I would expect some other symptom to appear. Why? Because with no treatment, no solution, the problem will continue to exist and even grow worse. You may think the headache has passed, but now weariness appears instead. But no, there is a high chance that the weariness and the headache are symptoms of the same untreated problem. The symptom is nature’s way to alert us to the problem, before everything blows up. Before it grows to such proportions we may find it difficult to contain.

And what about industry or service?

There really is little difference. A symptom is but a symptom, and its role is the same: alerting us to the existence of a problem, before everything blows up. It’s a call for attention and solution.

But if the symptom is not the problem, how shall we know what is?

That is precisely the question on which the Problem Definition stage of the problem-solving methodology focuses.

We must examine the possibilities, the conditions in which one of the symptoms is that which is now bothering us. Perhaps, we may identify more than one symptom, which will, undoubtedly, help us get to the root cause.

“The mere formulation of a problem is far more essential than its solution, which may be merely a matter of mathematical or experimental skill. To raise new questions, new possibilities, to regard old problems from a new angle requires creative imagination and marks real advances in science.”

Well then, what makes up the Problem Definition stage?

Everything begins with some sort of complaint. A symptom appears, we stop to find solutions.

Naturally, at that moment, so as not to halt everything, we must first address and take decisions about the immediate future. Do we continue work and then filter? Do we stop and switch to something else, while the problem is being solved? The decision is made based on cost-effectiveness.

Then, a team is assembled. It consists of representatives of all departments having some effect on the problem or are in some way affected by the problem. In addition, all departments which give them service. The team is led by Quality Assurance. The problem is presented, in terms of its symptoms. What the complaint is. 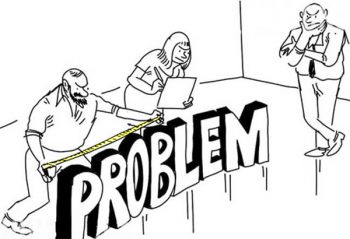 Now, to understand the problem, choose the right condition to which the symptoms point, we must collect some data.

I have no special talent. I am only passionately curious.

Now we must analyze the data collected, in order to verify that there is, indeed, a significant deviation from the routine state.

I can hear someone protest: Significant? What do you mean, significant? Any deviation is a deviation!

That’s right. But not any deviation will, to my deepest regret, get the same amount of investment. That is due to resource limitations: time, people, machines, materials – all quantifiable in money. We do not apply Quality Assurance methods whatever the cost.

All of you know only too well, the Quality Assurance people must work, according to Pareto. We must concentrate our efforts on that, which causes the most problems. How should you define what “most problems” is? Well, that is exactly why we collected data on the problem severity and scope. They allow us to establish whether we would invest our resources in the solution, and if so – how much. Here is where we estimate the benefit of the solution to the problem and the risk of not addressing it.

So, we analyze the data and discover a significant deviation from the routine state, which requires a solution.

From data collected we know when and where in the problem occurs in the process, and who is affected by it. And now we know the gap between the routine state and the deviation.

Laying out the process we learned how the process works. So now we may identify the mechanisms which are or may be carrying the defect, allowing the problem to occur, manifesting the symptoms and reflected in the data we have seen.

Problem definition will include the defective mechanisms we isolated at the conclusion of the data analysis step.

It is now clear which mechanisms are affected by the deviation. This focuses our attention on them in the following stages of the problem-solving methodology, to find the root cause and an effective solution.

Charles Kettering, an American inventor from the beginning of the twentieth century said:

“A problem well stated is a problem half-solved”.

He knew what he was talking about.

The lack of a proper problem definition results in ineffective solutions. For, just as with the headache, we shall forever focus on getting rid of symptoms, instead of correcting the mechanisms at fault, which would continue to cause symptoms. 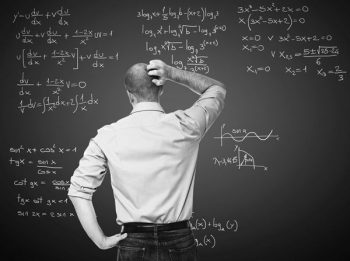 Do not confuse with Root Cause Analysis

Problem Definition and Root Cause Analysis are two separate stages in problem-solving methodology. An article 7 Secrets of Root Cause Analysis has already discussed some aspects of Root Cause Analysis stage. However, we вщ discover the faulty mechanisms during the Problem Definition stage. Thus, we may now focus on these mechanisms and the processes taking place within them. We examine their mode of operation, their parts, and so on, in order to discover the problem’s root cause. This would save us the search through all the other possibilities, not connected with these specific mechanisms, which may also manifest in similar symptoms.

So, those of you who wish to be effective in problem solution, not to be solving the same problem twenty times, should acquire this essential skill of problem-solving methodology called Problem Definition.

By the way, effective work will yield various benefits for you and enable you to faster meet the goal of Quality Assurance with a smile:

So, as you may see, effective work is beneficent from whichever angle you look at it. It makes the work itself much smoother and positive, even where there is no apparent connection to the problem.

And when that is the case, will you not have another cause to get up in the morning with a smile?