As impossible as it may sound, today, ladies and gentlemen, we shall talk about translation.

What do you mean, translation? We thought this blog was all about Quality Assurance, and, well, you’ve got management and coaching in, as well, alright, but what has translation to do with it?

Naturally. Still, today we shall be talking about translation. I have a feeling you may like this translation. 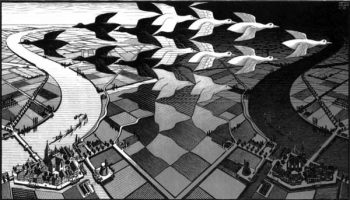 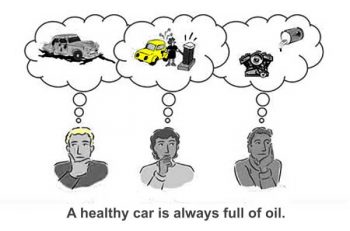 What is the concept we imply by the word “translation”?

For example, I saw the image on the left in an article on communication with students, at The Rapid E-Learning Blog website. A slide in an e-course shows a car with the caption: “A healthy car is always full of oil”. The students get the information… as they perceive it.

Well, the concept we are about to translate is:

“Impossible” or "it cannot be done"

You know these situations where you sit with your working team, solutions are suggested to a challenge discovered in a process, and the answer given is: “This is impossible to do”.

I shall never forget one meeting on my first job as Quality Engineer. There were with me my manager, the Engineering department manager, and the Engineering lab manager. The lab manager was really a good professional man, but his verbal ability, that is his ability to express himself clearly and be understood, especially in Hebrew (he repatriated from Russia) was, how shall I put it, not his strongest side. And there he was, talking, explaining whatever it was he was saying, and phrase after phrase coming out wrong. And my manager, slowly losing his patience, finally cries out to the Engineering manager: “Can’t you hear what he’s saying?” And the Engineering manager, as calm and unruffled as ever, answered: “It isn’t what he says that matters, it’s what he means”.

And so it is, that is precisely what translation is all about: to convey to the receiver that which the transmitter means, and not necessarily what he said.

Those that know, do. Those that understand, teach.

So what does it mean when they say “this is impossible to do”?

I shall tell you.

The translation of this phrase is, simply, one of the two:

Now, you may tell me it is virtually the same thing, but I shall argue the difference is vast, and no, it’s not merely semantics. 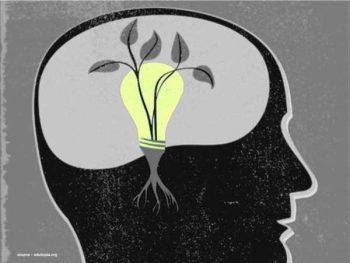 In the first case, when someone says “I do not know how to do this” they mean they’re giving up, there’s no use trying. They order their brains to stop searching for solution. Don’t know how. Over and out. Moving on to something else. This is an attitude of a fixed mindset, treading in place, staying inside the familiar and the probable, no innovation will ever come from here.

On the other hand, in the second scenario, when one says “I haven’t found the way to do this yet” there is awareness of the situation being temporary. I haven’t found the solution yet, I must continue searching. The order this brain receives is to continue searching for a solution, sort of like a background compilation. It doesn’t mean the search will be active all the time, something we consciously do, but it continues in the background, all the time. This is an attitude of a growth mindset, for it assumes that the inability is temporary by using the concept “yet”.

The wonderful ability to never give up

Thomas Edison hasn’t spoken until the age of four. His whole formal education came down to about three months in a one-room village school, upon which the teacher has pronounced him unteachable, having “addled” brains. After that his mom home-schooled him, correctly understanding that all his “strange” behavior was a sign of his superior and extraordinary intelligence.

He was a brilliant businessman, a great inventor, a visionary comparable to but a few. His invention of the light bulb production process was far from being his greatest achievement. One may safely say he is responsible to the whole system of electrification of the United States of America, and thus – the world. He has more patents to his name than anyone else, even if we take into consideration that some of them were not his own inventions, but of people he employed – but this, too, is a great talent essential for success: to pick the right people.

But there is one thing one may learn about him from his light bulb research: like other successful people, Thomas Edison did not know the meaning of the word “impossible”. Some say he made 3,000 attempts before discovering the correct combination, some say – 10,000. It is clear we are talking thousands here.

How many combinations would you have tried, before giving up the search for a mission impossible? 50? 100? 500? Thomas Edison has attempted thousands!

And when approached about it, informed he was insane to keep on trying in spite of the obvious failures, he has said his well-known phrase: 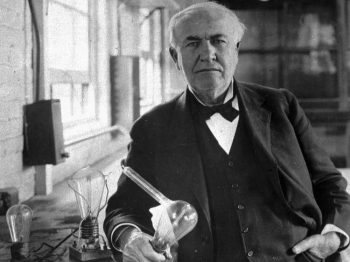 But what about being reasonable? Likelihood of success?

The reason so many people give up so quickly in search of a solution is that they were taught that we need to always be reasonable and logical, that there is no point in doing something that will succeed with any certainty, something which isn’t “likely”. I wish for you to never encounter this yourselves, but many lawyers, even state-appointed ones for the poor, often only take cases which are “likely to win”. They play it safe. The people they represent are much less important than their career record of a string of successes.

But allow me to remind you something nobody thinks about when they “play it safe”. Our species, the homo sapiens, has survived precisely because we developed the ability to find unlikely solutions. Our cousins the Neanderthals, for instance, have populated the Earth much longer than we have, but as they entered the pre-history, so they came out, with zero innovations to their name. In every place they inhabited, they have done the exactly same things, with the same tools and the same processes. They haven’t progressed, and have therefore, gone extinct. While we progress all the time, inventing ground-breaking solutions. 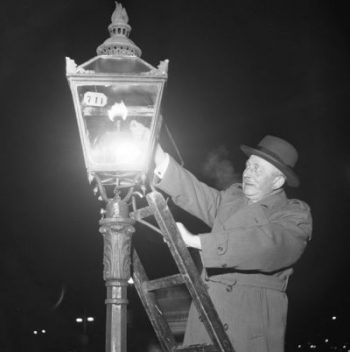 A single innovation can change the world

Take, for example, that same light bulb. When it was invented, people lived to the light of a candle, an oil or gas lamp. Electricity wasn’t known. The bulb has changed everything!

And not in the way you think, by being brighter and cheaper than the candle and the gas or oil lamp. Rather because when it was possible to mass produce it, it allowed to connect a whole continent to an electrical network. Which meant a great leap in industry and development of everything to do with it: producing, storing and transporting electricity; poles and cables; household wiring, fuses and boards, switches and outlets; great quantities of bulbs and their sockets, lamps and fixtures. And then – expansion into other uses of electricity nobody even thought of, like fans, food processors, laundry… and that is only in the household.

None of his could have been considered “likely” or “logical” a mere 200 years ago! And what we consider self evident today, the use of electricity everywhere, was a dream in many places in the world until very recently, and in some – still is. When I was a child, I spent a summer in a remote village in central Russia, where the only electricity was a single light bulb hanging bare from the ceiling in the middle of the house.

OK, but how many times should one try?

When a baby crawls, learning to walk, he falls time and time again. There is nothing in his meager life experience which can give him the security that he shall succeed. There is no guarantee of success. And yet, do you know anyone who has given up? Who has decided, at that stage, being almost a year old, that walking is “impossible” because he doesn’t know how to do it? And just how many attempts would you allot for that?

I’ll tell you that you already did: as many as it takes! You already did, otherwise you never would have learned to walk at all. And back then, it never even occurred to you to “give up”, stop trying.

And this is a quote by Nelson Mandela, another man who really knew what he was talking about: 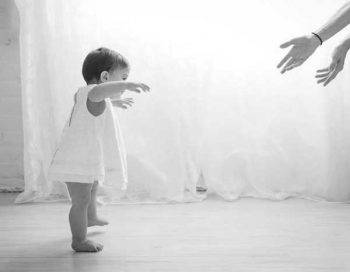 So when someone tells you “this is impossible to do”, know at once how to translate the phrase correctly. And I suggest that you always choose the second version, and move towards it. The right translation will bring you closer to the solution you are looking for. How long should you keep trying? As long as it takes. Just understand that it merely means “I haven’t found the way to do this yet”.

Now, doesn’t that sound much better?

Featured image: woodcut print Night and Day by Maurits Cornelis Escher, 1938. You can view this work and others at his official website.