For those of you who are not Jewish, or are, but don’t live in Israel and only know the main religious holidays, Tu BiShvat (the 15th of the month of Shvat, according to Hebrew calendar) is the New Year for trees.

It is the time of year, in Israel, best suited to plant new trees. And Israelis are very protective and conscious of their trees. Cutting down a tree is a crime here, unless specifically authorized.

We have barely any natural, non-planted, forests in this land. When the Jewish return movement began in the 19th century, they have discovered the land in a dismal state. The land, which once famously in the Fertile Crescent, and in the biblical times was flowing with milk and honey. Millennia of neglect has made it a barren place. A place where only those trees which needed no tending, no care, survived. Olive groves, and some occasional palms, and that’s about it. The “desert” everyone imagines when Israel is mentioned is nothing like the Sahara desert, but there was just rough brush on the hills, no trees, no woodlands. 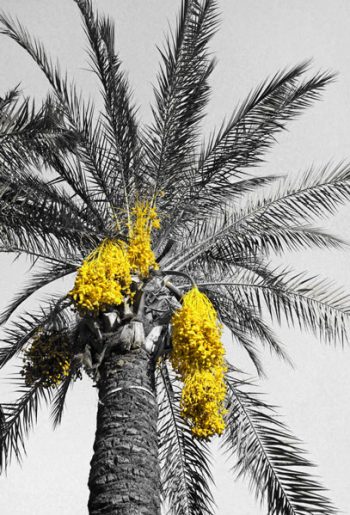 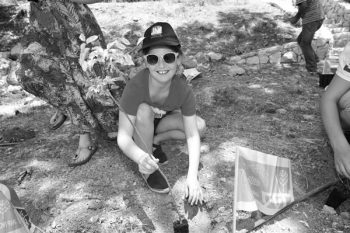 The Jewish National Fund planted all the forests we have over the decades on lands it had purchased, and it still does, annually. Especially – after the Arab terror acts you never hear about over the media: those against our forests. They happen every summer, and our hearts ache and bleed over the trees destroyed almost as much as over the people killed. There is a kinship between us and the trees. “For man is a tree of the field…” (Deuteronomy 20:19).

So, Tu BiShvat is the holiday when everyone who can go out and plant these trees. This includes schools, kindergartens, clubs, organizations, volunteers etc. The trees are purchased by the JNF, or donated by others.

At this time of year we have the almond trees in bloom, and it has become the symbol of the holiday. It is so beautiful, the pale white-and-rose flowering trees, with barely any leaves yet, like young brides.

There is a Seder (special order of holiday dinner) for Tu BiShvat. It is much less elaborate than the Passover Seder, but just as ripe with symbolism for different types of fruit and various types of trees.

It is also customary to eat dried fruit at TuBishvat, and people relish it here. However, this custom has its roots in diaspora, for there really was no way to have all this plenty of fruit in the dead of winter in Europe…

There is a great plenty of songs about almond trees in bloom. Seeing them standing there by the road all in white fills my heart with some special kind of joy. This year they are a bit late to bloom, not yet quite there. Yet for me, the most symbolic and true Tu BiShvat song of all is the soulful “Fifteen fruits”. It had been written and composed by Neomi Shemer for the play “The Travels of Benjamin III” (Masa’ot Binyamin Ha-Shelishi) by Mendele Mocher Sforim. The play is a satirical story telling of the travel of Benjamin and his friend, to the Land of Israel. They are to bring the blessed fruits for Tu BiShvat. His loving bride Zelda is waiting for him. This is her song, one filled to overflowing with love and longing, not only for her husband, but for her ancestral land,  the Land of Israel. 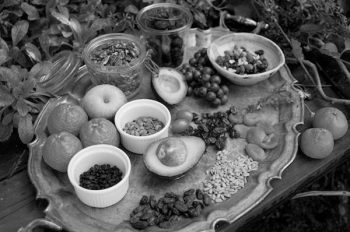 Below I bring you a simple translation of the song’s words, to the best of my ability. I am not much of a poet, and Neomi Shemer – she was one of the best. Also there is a recording of Ruhama Raz performing it. I hope you may hear what I hear in it and love it, as I do. Oh, and if any wants to suggest an improved translation – do contact me and I shall be glad to replace it.

I have designed a special greeting card for you, which you may find at the bottom of this post. Click on the picture to enlarge.

lyrics and music by Neomi Shemer

Honey of the fig; carob gently sweet;
Camels, on whose backs all these goods are heaped.
Here he shall return, sun of mine own soul,
From afar he’ll bring me an apple gold*.

*In Hebrew, the word for “orange” is abbreviation of “golden apple”. In the song it is written in full, non-abbreviated form. 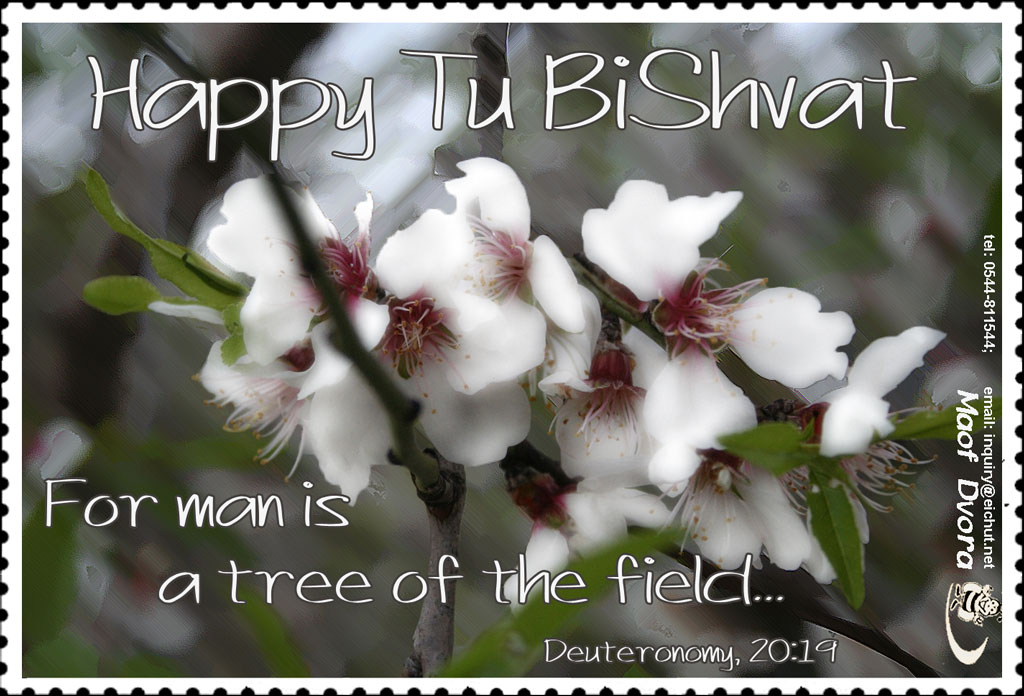