Alfie Kohn is an American author and lecturer in the areas of education, parenting, human behavior, social studies and management. He is considered a leading figure in “progressive” education and a critic of many aspects of all that is thought as “traditional” in education and human relations. His whole life he researches and challenges behavioral norms of grades, assessments, standard tests, competition, prizes and punishments, discipline (in the “traditional” sense).

Alfie Kohn was born and grew up in Miami, Florida. In 1979 he has graduated Brown University in Providence, Rhode Island, where he had created his own interdisciplinary course of study. And in 1980 he has earned his M.A. in social sciences from the University of Chicago.

In his past, Kohn has taught in schools and colleges in Massachusetts and Pennsylvania. Today he lectures widely at universities and to school faculties, parent groups, and corporations. He is invited on regular basis to speak at at staff development seminars and national education conferences, and he conducts workshops for teachers and administrators on various topics.

Alfie Kohn works as an independent scholar, unaffiliated with any specific academic institution. 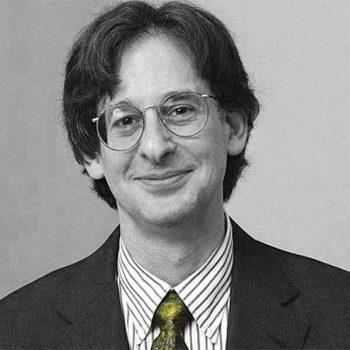 Alfie Kohn has written 14 books on education, parenting, management and society in general. Some of them were translated into 20 various languages. Two of his books, No Contest (1986) and Punished by Rewards (1993), attracted considerable attention in business circles, particularly when the late W. Edwards Deming, considered to be a Quality Improvement guru, endorsed both books.

In his writings and lectures he denounces on the basis of extensive research all the conventional norms of education, whether at home or in the classroom. The Time magazine has described him as “the most eloquent critic of the educational addiction to tests and grades”. 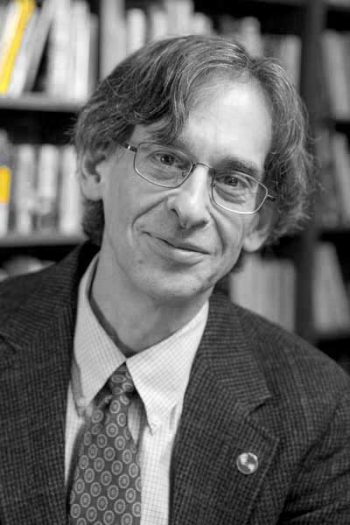 Kohn views the process of acquiring knowledge as a process of creating a new reality, and not a reflection or discovery of the existing reality. He believes in a constructivist account of learning in which the learner is seen as actively making meaning, rather than absorbing information. He argues that knowledge should be taught “in a context and for a purpose”, as opposed to passively absorbing material.  Kohn writes that learning should be organized around “problems, projects, and questions – rather than around lists of facts, skills, and separate disciplines.”

He is critical of homework, noting that research does not support claims of any benefit from homework, academically or otherwise. Quite the opposite.

In addition, not only there is no benefit from tests and grades, but they cause direct harm to the students’ will, ability and depth of study. And not just this specific material, but for the future, as well, his entire life. It is nothing but training in obedience and following instructions. He encourages to allow children (and workers) to participate in decision making, stating that the way to learn to make good and correct decisions is by… making decisions, not following instructions.

Alfie Kohn has written 14 books on education, parenting, management and society in general. Some of them were translated into 20 various languages. Two of his books, No Contest (1986) and Punished by Rewards (1993), attracted considerable attention in business circles, particularly when the late W. Edwards Deming, considered to be a Quality Improvement guru, endorsed both books.

In his writings and lectures he denounces on the basis of extensive research all the conventional norms of education, whether at home or in the classroom. The Time magazine has described him as “the most eloquent critic of the educational addiction to tests and grades”.

Like any other tool for facilitating the completion of a questionable task, rewards offer a “how” answer to what is really a “why” question.

Few readers will be shocked by the news that extrinsic motivators are a poor substitute for genuine interest in what one is doing. What is likely to be far more surprising and disturbing is the further point that rewards, like punishments, actually undermine the intrinsic motivation that promotes optimal performance.

The question isn’t whether everyone playing a competitive game can win or whether every student can be above average. Of course they can’t. The question that we’re discouraged from asking is why our games are competitive – or our students are compulsively ranked against one another – in the first place.

Being afraid of failure isn’t at all the same thing as embracing success. In fact, the former gets in the way of the latter.

What actually stood between the carrot and the stick was, of course, a jackass.

In the workplace, there is no getting around the fact that “the basic purpose of merit pay is manipulative.

Competition makes self-esteem conditional and precarious, and it has that effect on winners and losers alike.

People will typically be more enthusiastic where they feel a sense of belonging and see themselves as part of a community than they will in a workplace in which each person is left to his own devices.

Independence is useful, but caring attitudes and behaviors shrivel up in a culture where each person is responsible only for himself.

The question is not whether more flies can be caught with honey than with vinegar, but why the flies are being caught in either case—and how this feels to the fly.

Some behavioral psychologists defend the practice of punishing employees on the grounds that it helps to “clarify management’s expectations of performance and promote goal setting.” (This is comparable to the claim that throwing employees out an office window helps to clarify what floor they work on.(

When we repeatedly promise rewards to children for acting responsibly, or to students for making an effort to learn something new, or to employees for doing quality work, we are assuming that they could not or would not choose to act this way on their own.

Some who support more coercive strategies assume that children will run wild if they are not controlled. However, the children for whom this is true typically turn out to be those accustomed to being controlled—those who are not trusted, given explanations, encouraged to think for themselves, helped to develop and internalize good values, and so on. Control breeds the need for more control, which then is used to justify the use of control.

The troubling truth is that rewards and punishments are not opposites at all; they are two sides of the same coin. And it is a coin that does not buy very much.

There is a time to admire the grace and persuasive power of an influential idea, and there is a time to fear its hold over us. The time to worry is when the idea is so widely shared that we no longer even notice it, when it is so deeply rooted that it feels to us like plain common sense. At the point when objections are not answered anymore because they are no longer even raised, we are not in control: we do not have the idea; it has us.

Educators remind us that what counts in a classroom is not what the teacher teaches; it’s what the learner learns.